With growing read length, NGS reads more and more often also include partial downstream adapter sequences at the read end. Such often very short read-through adapter fragments are hard to detect by conventional methods, but if untrimmed can introduce errors to variant detection or de novo assembly. Most adapter trimming tools available to researchers today fail to detect these artefacts. We have skimmed published datasets and found that on average~6% of the reads do still include partial read-through adapters.

In this example, the sequenced NGS read is longer than the DNA fragment. As a consequence, the reads will extend into the downstream “read-through” adapter (see red box).

To reduce the chance for error we are introducing effective read-through adapter trimming for paired read data.

It is now easier to import and prepare your NGS reads. We have redesigned the user interface for creating adapter trim lists to improve ease-of-use for defining standard or custom adapters. 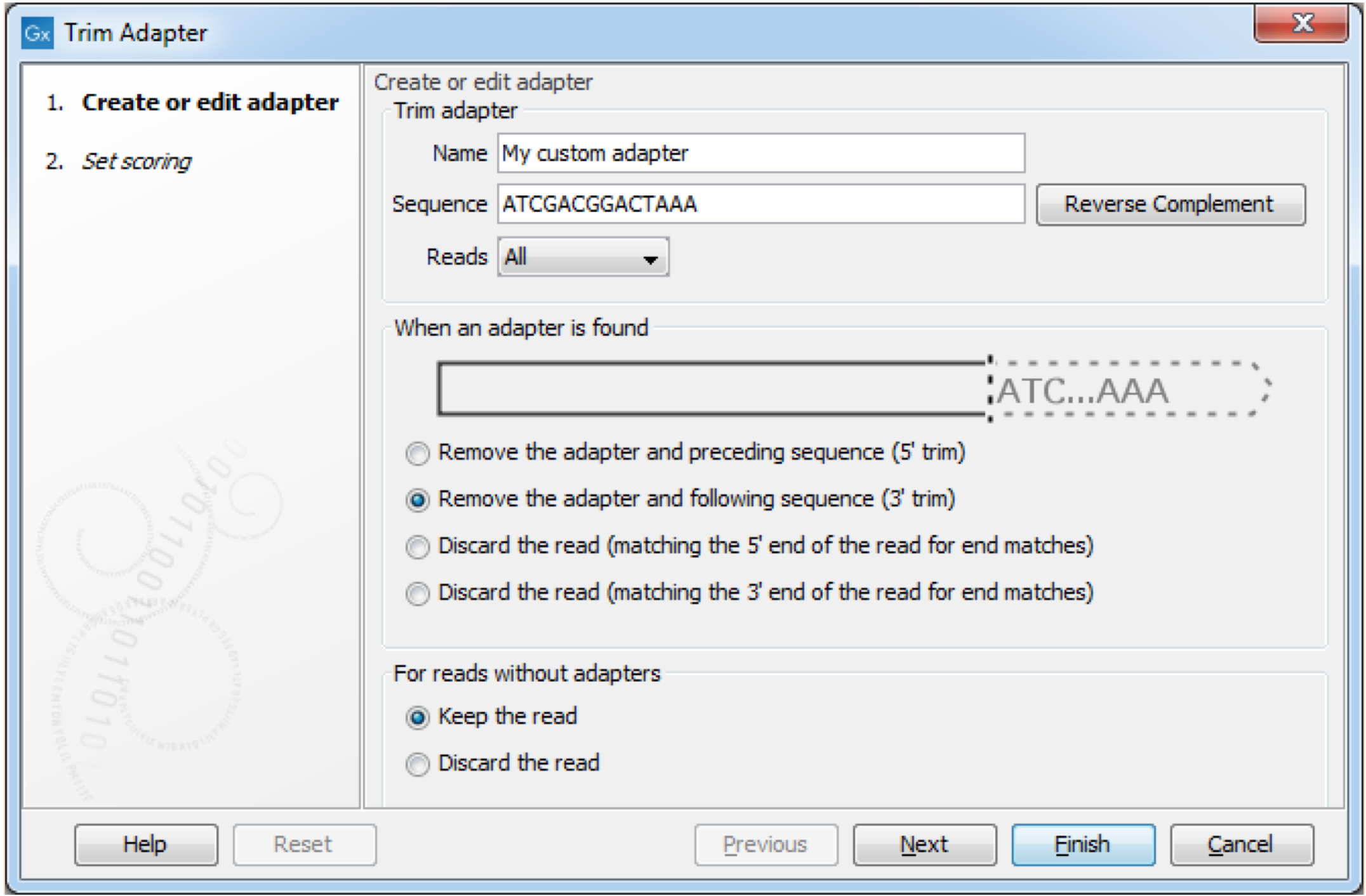 And many other improvements....

Please see the release notesfor a full list of the many improvements and changes for this release.